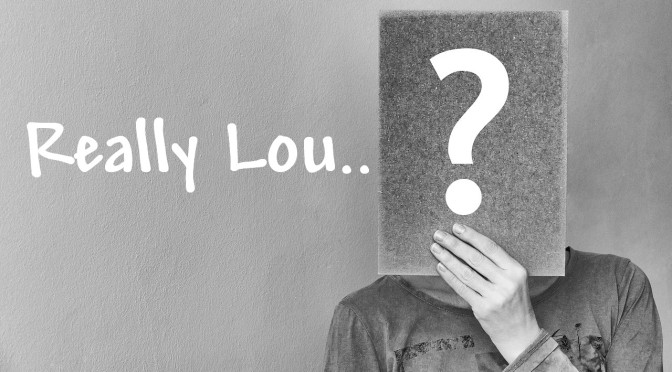 “1080 DOES NOT KILL ANY NON TARGET SPECIES“, Boss of DOC Lou Sanson

From ‘NO to 1080’ facebook page, it was written by Joel Lund of Wanaka, who had the chance to meet up with Lou Sanson at a function recently, and made the most of the opportunity.  Now I’ve seen this decried recently in social media in that the CE was attending a funeral and therefore this was a reluctant ‘interview’. My response to that is, as unfortunate as the setting may have been & all due respects to the departed, nevertheless this is what goes with the territory surely of CEs on their vastly bloated salaries. In bed with the banking fraternity & the greenwash club, and heading up a corporation that is in it for profit only (corporations do not consider humans, just profits, don’t believe me? Watch ‘The Corporation’ movie on the Corporations page, they are literally not allowed to consider the effects of their activities on humans)  … that means you get what you give. Why should Joel Lund therefore be obliged to return human ethics to a steely cold corporate entity? This particular corporation is shutting out all questions from the public on the ground level (witness the folk who have been phoning them up lately with pretty basic questions about imminent aerial 1080 operations who are hung up on and treated like the so-called terrorists media is making anybody who is against 1080 to be). Anyhow …. read on … 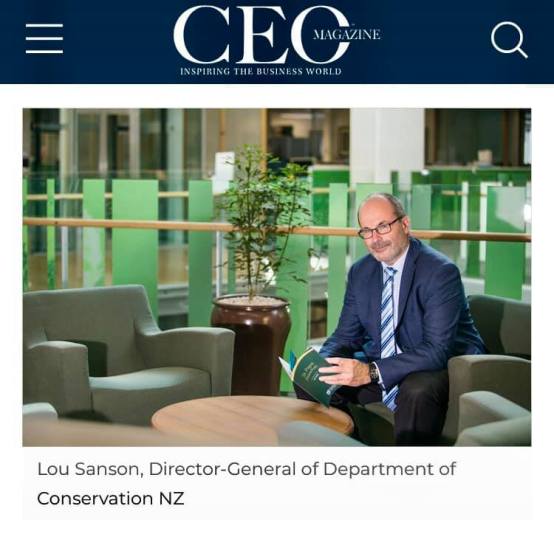 A few weeks ago I met the boss of DOC Lou Sanson and took the opportunity to explain the possibilities and current technology available for the development and use of “Smart traps” to control predators of our endangered native species.
Lou’s response to my quick explanation of the technology and capabilities of such trapping systems was,
“Whats wrong with using 1080 ?”
I responded with,
“Well 1080 is toxic, extremely dangerous and kills so many non target species.”
His abrupt and seemingly angry response was,

Even though I was a bit shocked to hear such a totally blatant lie from the boss of DOC I quickly and calmly said,

“1080 kills about 65 dogs in NZ each year and kills many native birds such as Kea which DOC’s own studies show.”

I am not sure I have quoted the following exactly correct word for word but will be close to it. The conversation continued with Lou Sanson making up excuses as to why the development of advanced “Smart Traps” would not be suitable for predator control instead of 1080 poison.

He said such things as,
“It will cost too much.”
My response was,
“Smart traps would initially cost a hell of a lot to develop and set up but would become much cheaper over time.”

He gestured at the distant snow capped Southern Alps and said,
“Look at that area, the area is too big, their is too much land to cover and so much of NZ is inaccessible.”

I argued that,
“Nowhere in NZ is inaccessible because everywhere is accessible by helicopters and we don’t need to trap every single part of Public Conservation land to save endangered species. Some scientists have also recently made it clear that it would be possible to have many small areas of intensively monitored and predator trapped areas in NZ which could be enough to ensure the survival of endangered species and possibly even allow them to flourish.”

His response was,
“You would know how hard it is to get good staff.”
Which I agreed to and responded with,
“I am absolutely sure good staff can be found as their are plenty of people who would be very happy to be in the bush trapping especially if they could make a reasonable living out of it.”

I explained how camping and working in the bush is dramatically easier than it was in the old days due to advancements in equipment such as cheap satellite communication, GPS, ultra light weight technically advanced hiking and camping equipment that I use myself now such as my ultra light down insulated mattress.

Lou then said,
“So how do you kill all the deer, pigs and chamois ?”

I would describe this as a clear admission from Lou that big game animals are targeted to be killed by 1080 poison and reinforced what I am absolutely sure is fact,  that DOC’s current long term goal is to try to eradicate all big game on public conservation land.* [Editor’s note, they are indeed, see the link below].

I said to Lou,
“After World War 2, deer cullers managed to get the massive deer numbers down without out all the extremely advanced equipment we have today such as helicopters, jet boats and thermal imaging equipped hunting rifles etc.”

Lou went on to ask what my profession or skills were before saying,
“It sounds like you should apply for a job with DOC.”
Then he handed me his DOC business card. I expressed my interest in developing trap technologies but did not take up what seemed to be a job offer.

I spoke further about how companies such as some helicopter companies will be very worried about losing big long term lucrative government 1080 contracts if 1080 is banned but they need to wake up and realize that the 1080 contracts could be changed to contracts to fly in trappers and trapping equipment into Public Conservation land which might actually generate more profits for them than 1080!

It appeared he was in a bit of a “huff” when he finally said he had to talk to other people and walked away.

My impression of Lou is that he is a devout salesman that won’t let the truth get in the way of business deals and feels under pressure to honour the massive multi million dollar long term 1080 logistics and application contracts he has no doubt signed up with various companies. Those companies that have invested in the growing 1080 industry and no doubt gone ahead and financed such things as new trucks and helicopters on the back of long term government guaranteed contracts will not be very happy with him if the 1080 industry came to a screeching halt!

I won’t be feeling sorry for Lou Sanson when that day (hopefully) finally comes as it is hard to have any respect for a man that is so quick to lie to you even in person by saying,
“1080 does not kill any non target species”.

Disgusting conduct from the Boss of DOC!

*All over the world the word has gone out that all creatures great and small that are not indigenous to that land will be terminated.  It’s not just New Zealand

NOTE: For further articles on 1080 use categories at left of the news page.

If you are new to the 1080 poisoning program, a must watch is Poisoning Paradise, the doco made by the GrafBoys (banned from screening on NZ TV, yet a 4x international award winner). Their website is tv-wild.com. Their doco is a very comprehensive overview with the independent science to illustrate the question marks that remain over the use of this poison. There are links also on our 1080 resources page to most of the groups, pages, sites etc that will provide you with further information to make your own informed decision on this matter.

If you are pro poisoning of the environment, EnvirowatchRangitikei is not the place to espouse your opinions. Mainstream would be the place to air those. This is a venue for sharing the independent science you won’t of course find there.

Finally we don’t endorse violence in any way shape or form.