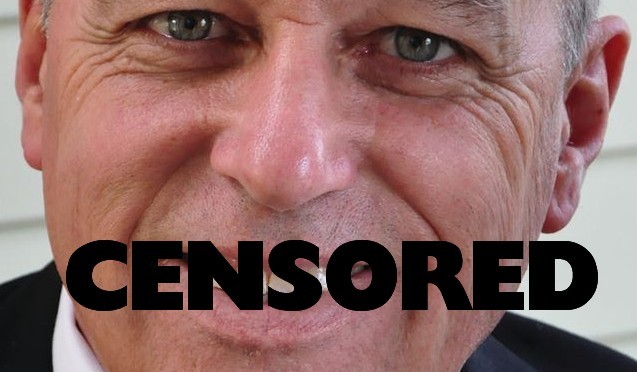 “My messages as Mayor … are very very seldom what I write … they’re always doctored to be worded differently. I like to give out some news and I usually go for all of the positive stuff, but this one really irks me… the last one, I didn’t even write any of it in the last Community Connection, and this one here has got the Deputy Mayor’s name & as I said, I wanted … in my one … I wanted to put in the Maori Apellate Court judgement which relates to Lake Horowhenua Trust …”

If you are new to the goings on at Horowhenua District Council go to this link for our coverage. You could also search Veronica Harrod’s articles by using the search box in the right hand column of the News page or go to her public Facebook page. Veronica has provided excellent coverage on topic. (Our LG Govt Watch pages are in need of an update however there is important info there on the history nevertheless).

A small window of insight that mainstream media predictably has never mentioned is the public statement made by a former councilor Mrs Anne Hunt who divulged at the first Council meeting after the last LG elections (when Mayor Feyen’s choice of DM Cr Ross Campbell was unseated)  that when she stood for Mayor in 2010 she was warned if she won ‘they’ would make her life hell. Media as I say, ignored this disturbing revelation, as did all those present that day. Nobody even challenged it as being untrue. You can read about that at this link. You will also see there Mayor Feyen’s revelations at that meeting, which mainstream also ignored:

“.… we simply weren’t accorded any democratic rights in the last three years. We had our access keys taken from us, we were dumped off committees with no explanation, people saw us constantly having derogatory comments  thrown at us by the past mayor, we were always interrupted when we asked questions, when we asked questions in writing we seldom got an answer.

Certainly disturbing how mainstream in my opinion slants their reporting in favour of the majority there. And if you’ve been to any of HDC’s public meetings you will have noted that there is frequently only one other person in favour of the new Mayor’s initiatives. That is the unseated DM Cr Campbell. Subsequently a Mayor with the majority of public votes is not supported by a majority of Councilors. As was stated at the outset, the law is an ass. (In this case LG law if you will).

One thought on “The ongoing censorship of Horowhenua’s Mayor – whatever happened to democracy & free speech in NZ?”

WHO ARE THE FACT CHECKERS?