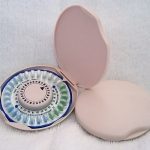 (NaturalHealth365) In a sobering review published in January of this year, researchers from Loyola University Medical Center confirmed an unexpected yet potentially devastating side effect of birth control pills: an increased risk for ischemic stroke.

In fact, this review is an updated account of a paper originally published in the journal Medlink Neurology in 2003.  The truth is: many studies have revealed the link between stroke and oral contraceptives – a medication currently taken by an estimated 100 million women worldwide.

Ischemic stroke accounts for about 85% of all strokes. These types of strokes occur when a part of the brain becomes starved of blood, generally due to a blood clot which blocks circulation.

The other main type…

4 thoughts on “A Warning for the Good of Humanity – Women please note!”