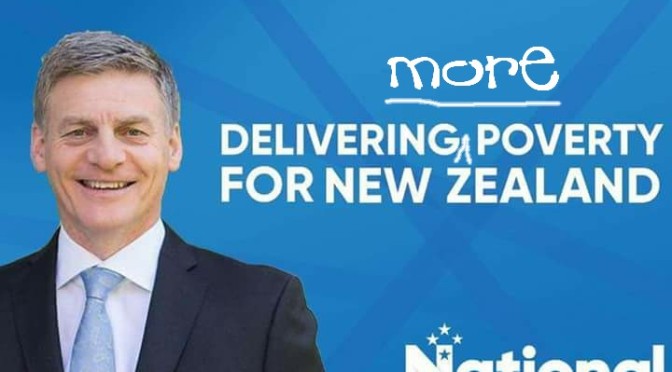 The latest Unicef report has us languishing at the bottom of the developed world in relation to the health and welfare our children and youth. This report was based on the data our government collects and concerningly, with regards to child poverty, a ranking wasn’t provided because of a refusal to follow standard practice (an admission of failure?). In many documented areas we are seriously neglecting our young people (ranking numbers are determined by the data provided from a maximum of 41 developed countries):

5 thoughts on “NZ NOW RANKS AT BOTTOM OF DEVELOPED WORLD – thanks Nats, you do us proud”