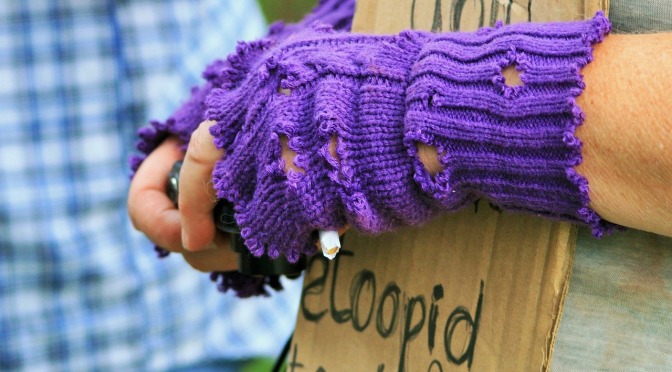 The new norm in ‘fighting poverty’ … charge beggars for asking for help.  The charges are now withdrawn but it highlights the ever growing problem NZ now has & tinkering with sticking plasters isn’t going to fix it.  This modus operandi is about as clever as the Nats who [pretend to] ‘fight homelessness’ by both land banking, and selling homes originally intended for low income Kiwis. Part of the corporate sell-out. Selling out to corporate interests over its own citizens. Why don’t they just call it what it is? See just a few of the 3K empty homes below the Nats have been land banking since 2012, meanwhile 42K are homeless & reduced to begging, sleeping in garages and sheds if they’re ‘lucky’. And in Napier, asking for money. Shame NZ. Shame. Under the Nats’ watch two men have died from exposure to the cold sleeping rough. Let’s face it Kiwis, we’re now top of the homelessness, child poverty & youth suicide stats for the developed world. Three dubious honours of which the Nats must be super proud. Their neo-liberal economic package is working. Key did say he was working for NZ, he just failed to mention which tiny percentage of.

Local councils across the country will be watching closely next month as Napier City Council has taken action over three beggars in the city asking for money.

The council has taken action charging three beggars with breaching a council bylaw that forbid them from soliciting for money without permission.

All three have pleaded not guilty to the charges.

While other councils have taken beggars to court for being disorderly or causing a public nuisance, this is the first time they have been charged with simply asking for money.

Natasha Carswell from Napier City Council explained: “We do not have a bylaw that counters begging specifically.

“What we want to address is the behaviour that is causing the issue rather than the begging itself.”

Police have dropped charges against three beggars who were charged with breaching a bylaw that forbids soliciting for money without permission.

Napier City Council’s manager of community strategies Natasha Carswell told The AM Show the bylaw had been used in the past for people busking and doing street appeals, not for begging.

She said police interpreted the bylaw “as they did”, but it isn’t how Council want it used.