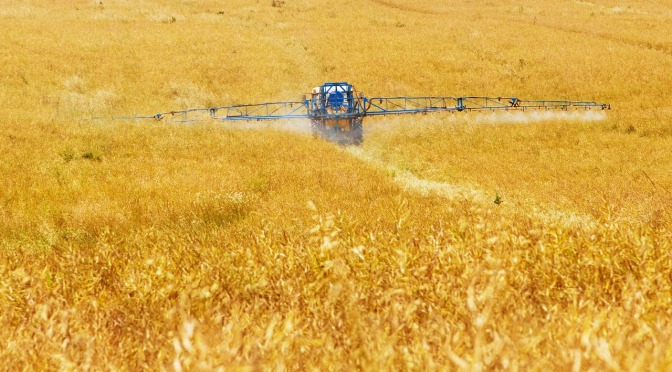 This is very good news. Remember too if you are aware of the glyphosate in Roundup, that it’s in many other herbicides as well so check your labels. See our Glyphosate pages for more information and our presentation of the evidence against glyphosate to the Rangitikei District Council (all dismissed as mere extrapolation). Nevertheless the one thing you can do as regards council slathering it everywhere is go on the no spray register to prevent them spraying it on your property frontage. Do this at your council office. You can also enlighten folk as to its toxicity as most (like I once did) believe what the label says. Gone are the days friends. This product caused huge tumours in lab rats. Read the evidence for yourself. All on our pages.
EnvirowatchRangitikei

This is from NaturalHealth365

(NatualHealth365) In a win for consumer rights and safety, the OEHHA (California Office of Environmental Health Hazard Assessment) has declared that glyphosate weed killer is a known, cancer-causing carcinogen. It will be added to the state’s Proposition 65 warning list.

Proposition 65, also known as “The Safe Drinking Water and Toxic Enforcement Act of 1986,” was passed in order to protect California drinking water from toxic, cancer-causing substances and those known to cause birth defects.

Glyphosate designated “probably carcinogenic” by WHO in 2015

Glyphosate weed killer is sold under numerous brand names, but the most widely used is Roundup, manufactured by the Monsanto company. The state of California is using statute CAS #107-83-6 to change the designation of the weed killer, which they say has cancer as a known endpoint for some people who are exposed to it.

This designation is a blow to companies that use glyphosate in their products. Efforts to ban the substance have ramped up ever since the WHO (World Health Organization) designated it as “probably carcinogenic” in 2015.

As of July 7, California retailers must add cancer warning labels to all products containing glyphosate. However, cancer warnings will as yet not be required on foods and grocery items that have been sprayed with the cancer-causing herbicide.