Folk need to see right through the Agenda 2030 spin they’ve been spinning since they first introduced this idea in the early ’90s. Since that time have we ever seen any so called ‘sustainable’ practices? Pollution’s at an all time high. People are sicker than ever. Poverty abounds. All countries virtually are in deep debt. Our national assets are gone. And the latest on the horizon is the word ‘mandatory’ – we are being denied the option of choosing our own route to health, growing our own food, what we eat or decline to, and what we breathe. All we’ve seen sustained is corporate pockets. This is  all just not adding up and if you’re looking below the surface superficial bread & circus drivel that mainstream is feeding us, you’ll see that the corporate fascist state is closing in fast. That is because many of us are waking up. (Be sure to read the second (earlier) article from naturalnews at the end that breaks down the Agenda 2030 plan for you).
EnvirowatchRangitikei 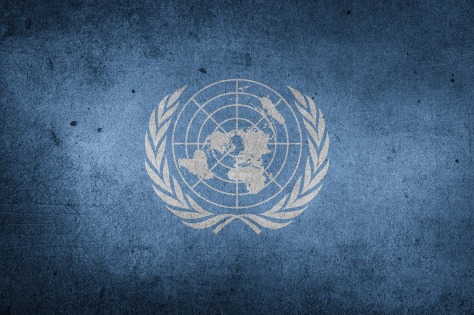 (NaturalNews) The United Nations and its mostly autocratic member regimes have big plans for your life, your children, your country, and your world. And those plans are not limited to the coercive “climate” agreement recently concluded in Paris. (Story by Alex Newman, republished from TheNewAmerican.com.)

While the establishment media in the United States was hyping ISIS, football, and of course “global warming,” virtually every national government/dictatorship on the planet met at the 70th annual General Assembly at UN headquarters in New York to adopt a draconian 15-year master plan for the planet. Top globalists such as former NATO chief Javier Solana, a socialist, are celebrating the plan, which the summit unanimously “approved,” as the next “Great Leap Forward” — yes, the old campaign slogan of the Chinese Communist Party. The master plan is comprised of 17 “Post-2015 Sustainable Development Goals” (SDGs) with 169 specific “targets” to be foisted on all of humanity — literally all of it, as the plan itself states explicitly. “As we embark on this collective journey, we pledge that no one will be left behind,” reads the UN manifesto, entitled Transforming Our World: the 2030 Agenda for Sustainable Development. But if you love liberty, self-government, free markets, or the U.S. Constitution, you will almost certainly be wishing that the UN would leave you behind.

Officially dubbed “Agenda 2030,” the UN plot, as its full title suggests, is aimed at “transforming” the world. The program is a follow-up to the last 15-year UN plan, the defunct “Millennium Development Goals,” or MDGs. It also dovetails nicely with the deeply controversial UN Agenda 21, even including much of the same rhetoric and agenda. But the combined Agenda 2030 goals for achieving what is euphemistically called “sustainable development” represent previous UN plans on steroids — deeper, more radical, more draconian, and more expensive.

“This Agenda is a plan of action for people, planet and prosperity,” reads the preamble. “All countries and all stakeholders, acting in collaborative partnership, will implement this plan.” Ironically, the preamble even claims the UN goals will “free the human race from the tyranny of poverty” and “heal” the planet — or, as the planet is also referred to in the document, “Mother Earth.” Not-so-subtly purporting to usurp the role of God, the UN even claimed that the “future of humanity and of our planet lies in our hands.”

The United Nations 2030 Agenda decoded: It’s a blueprint for the global enslavement of humanity under the boot of corporate masters

This document describes nothing less than a global government takeover of every nation across the planet. The “goals” of this document are nothing more than code words for a corporate-government fascist agenda that will imprison humanity in a devastating cycle of poverty while enriching the world’s most powerful globalist corporations like Monsanto and DuPont.

In the interests of helping wake up humanity, I’ve decided to translate the 17 points of this 2030 agenda so that readers everywhere can understand what this document is really calling for. To perform this translation, you have to understand how globalists disguise their monopolistic agendas in “feel good” language.