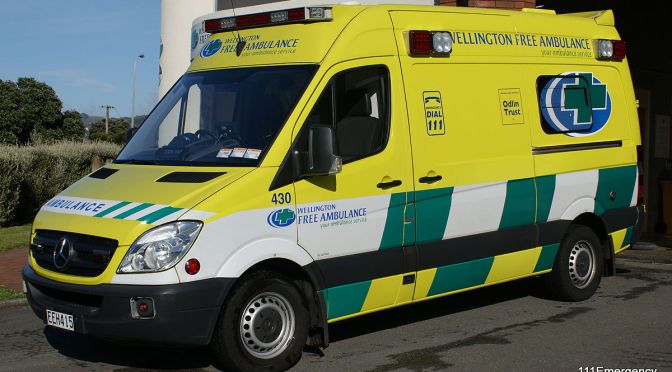 This story I heard very recently and is clear evidence of the downturn our once caring nation has taken since the advent of Neo-Liberal economics courtesy of the now ‘Sir’ Roger Douglas. This is a corporate mindset that displays no empathy or care for the vulnerable. It is heartless and cruel. It is about not so much the players in these events, as the government policies that dictate how they act. It is also about how those heartless policies are shaping the current workforce. The company in question here has apologized, however, in my opinion it is a sign of things to come. Caused by the company’s policy in the guidelines around falls, I have nevertheless seen a similar scenario recently in the UK where people are now charged a £26 lifting fee for a fall (NZ$47). Earlier this year there was a man in Christchurch denied service whose fall was deemed non life threatening by St John’s Ambulance. As we know, the tentacles & misery of Neo-lib economics is planet wide now. Elsewhere these cuts are called austerity measures. Always there’s a new fancy name invented by these people for plain old greed. This is Agenda 21/30 people. Already in NZ.

We’ve seen all this growing in our midst in recent years like an ugly cancerous growth on the face of humanity. By increments it is grabbing up all the state homes built by our forefathers and hocking them off for private profit, lining developers’ pockets. Selling off our clean water for pennies to offshore corporations to make a mint from, while fobbing us off and slow poisoning us with heavily chemically treated water supplies. Polluting our waterways with impunity and stopping their ears to the fact that we now have very damning health statistics (child poverty & teen suicide). It is also a mindset that disregards the elderly, after all they’re not considered economically productive, which is what ‘matters’ to the corporate. These corporates however, forget who climbed out of bed at night and fed them when they could neither walk, talk nor feed themselves. And for no wages either.

So here is this veteran who faithfully served his country in World War Two,  and continues to serve in other ways, yes until very recently, still delivering meals on wheels to fellow elderly, falls and breaks his hip and this is the response he gets.

This gentleman, (in the words of his family), a “93-year-old veteran of world War Two, is a very active and clear minded man, involved in community and church service. He fell and broke his hip last December 29th 2016, managed to crawl back to his bed and activate his alarm system to alert the neighbours to call the ambulance.”

The ambulance attended him, but declined to take him to the Emergency Department at the hospital, instead telling him to go to his doctor. AND THEN LEFT HIM!

The man’s family was two hours drive away. How could he get to the doctor in his condition? He couldn’t walk, or drive, let alone manage the internal house stairs to use his own toilet.

As this man’s family pointed out in their letter to the ambulance service, “he had spent 5 years fighting for New Zealand to protect our human rights – against the practice of eugenics that Hitler and his Nazi regime were practicing, only now to be rewarded with selective health care at the hands of medical personnel who enjoy the
freedom of our land today because of men like him”.

An explanation was sought by family as to why this man was “left in his hour of need, and denied access to the medical attention that he needed … that could have so easily been provided, from a country’s health system that he has paid taxes for, for most of his life. He never deserted New Zealand in her hour of need”.

“Your investigation of this matter would be greatly appreciated”, wrote family, “and an improved practice developed for your ambulance staff to provide the service that they are employed to perform without prejudice, preference or neglect.”

Here is the abbreviated response received from the Free Ambulance Executive Manager:

“I would like to start by saying I am sorry that your father did not receive the level of care that we expect of our service. l have reviewed all the circumstances of the case and based on his presentation, I agree that we should have transported your father to hospital. Wellington Free Ambulance paramedics use guidelines to inform the care they provide, and the guidelines in use at the time of our visit to your father did not include information about what is best practice when treating a patient who has fallen. This resulted in them not making the best decision for your father. On l June we implemented new guidelines which do now specifically include a section about
helping patients who have fallen. Under the new guidelines, it would have been very clear to the paramedics that your father should have been taken to hospital. I understand that this does not change the outcome for your father, however we expect it to prevent a similar thing happening to anyone in the future. I would like to apologize to both your father and yourself, as the care that he received was not of the standard it should have been. Wellington Free Ambulance takes pride in the care
that we provide to our patients, however in this case we have not got it right.

Going by the ambulance service manager’s  written response, it appears the ambulance staff had followed guidelines to the tee and did nothing wrong by the book. Those guidelines clearly did not include at the very least assisting him to contact further help or waiting with him until help arrived. The “book” has now been tweaked accordingly to allow for the legitimate helping of a “fall” patient, given staff do not appear to have the mental capacity to think beyond the book. A sense of compassion and plain common sense is just not present.

These people ABANDONED an elderly man, leaving him alone in his bed where he could well have died if he had had no people looking out for him.

Policy guidelines dictated their response and not human compassion. This is how far we have sunk. People neither think for themselves nor exercise lateral thinking any more. And a trite apology from the Executive Manager in my opinion is just not good enough. How many other people have been left in a similar plight and died? We will of course never know the answer to that. I would add though, in small town NZ this would in my opinion be unlikely to happen. The people I know who work for St John’s Ambulance in country districts offer a fantastic, caring service, and by largely unpaid staff. It is in the cities that things begin to get impersonal as it did recently in a Christchurch incident involving the fall of an elderly man.  An interesting twist to this scenario is that the elderly living in rural towns have long felt the pressure to move to the city where there are more accessible health and emergency facilities.

The Hon. Annette King  was also contacted informing her of this incident in Wellington, and apart from an acknowledgement of receipt of the letter in February this year, the family are still, four months later, awaiting a reply from the Minister herself. Such is the importance of elderly war veterans.

This story has really shocked me. The abandoned man was also a friend of my own late father who also served in World War Two. They had worked together in the building industry following the war. In a similar vein, my father in his early 80s, was taken off a hospital waiting list for a life extending operation without even the courtesy of a letter or phone call. They just wrote him off with the stroke of a pen and left us to ponder innocently at why the wait was so very long. (I was more trusting in those days). There comes a point on corporate waiting lists that some are just not worth spending money on.

Again, these people need to stop and consider who climbed out of bed at night and fed them when they could neither walk, talk nor feed themselves. Without charge.

“A nation’s greatness is measured by how it treats its weakest members.”
Mahatma Ghandi

2 thoughts on “A 93 year old Wellington man who fell & broke his hip, left alone by Free Ambulance staff & told to call his own doctor!”