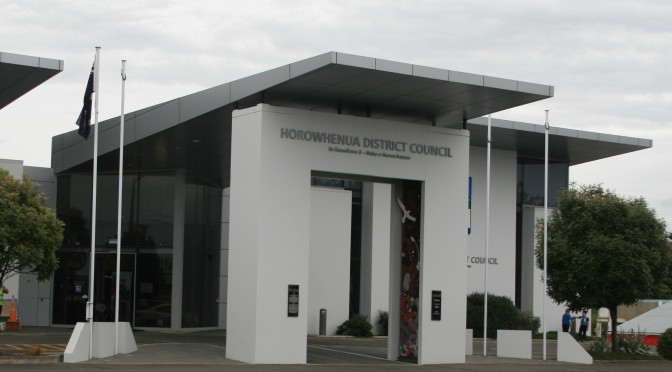 If the H.D.C. was HONEST, UP-FRONT & RUN WITH “INTEGRITY”, there would simply be NO “REASON” to have to “vote” to have “the books” sealed, the building “consent” hidden, or anything else!

On Wednesday 26th April 2017, I heard a Councilor “plead his excuse” for why he doesn’t like the “Public” to be present at Council Meetings (you can listen to the live stream at HDC’s Facebook page).
“We open ourselves to litigation and law-suits, which will (in the end) be paid for by the Rate-payer”….

NOT if you’re HONEST, UP-FRONT & RUN WITH “INTEGRITY”!

In general, only “criminals” have need to have a genuine fear of the Police, and THAT Councilor who made the statement should know THAT better than most others who were present that night!

Michael Feyen is STILL the “people’s elect”; and it was because the constituents were tired of the Duffy “regime” that he was voted in.
The present “NINE” Councilors don’t realize the damage they are doing to their chance of ever being elected again, and that their future in Council is being carefully scrutinized by “Johnny Tucker-box” on the street!

Honesty WILL PREVAIL in the end, and ALL WILL BE REVEALED; it just takes time …. Meantime, Michael Feyen’s “popularity” on the street is INCREASING, as the “agendas” and behaviors of others is making them look less desirable in the Public Eye…. The people are becoming INTERESTED AGAIN – & THAT’S GOOD!

On the topic from the NZ Herald (includes video)

Most Mayors get a welcome at their first council meeting.

But the controversial mayor of Horowhenua Michael Feyen says he’s been met only with hostility.

“I had on that first meeting three notices of motion, that were put in, to not open the books, to not relitigate whether we sell the pensioner housing and to not relook at the building. Now they were all platforms that I stood that people want to be looked at and so they all voted 9-2 in favour and yet three of those councillors as I said at the public meeting so it’s nothing new, I wondered how they could vote on such matters when we had never even had council briefings, we had never had anything,” says Mr Feyen.

The nine councillors who voted against Mayor Feyen say they are adamant they will support him, when his ideas are worth supporting.

(Apologies for Herald’s grammar, they may need a new proofreader perhaps?)

So as we’ve reported before, Council doesn’t want the books opened (what are they hiding?) Now the public isn’t welcome (according to one Councilor at least). Openness and honesty are two things the current new Mayor emphasized in his campaign. No wonder the old regime want him out. (They do, in case you hadn’t heard there’s a petition going around to oust the people’s choice).  As William McGregor’s saying here, “if the H.D.C. was HONEST, UP-FRONT & RUN WITH “INTEGRITY”, there would simply be NO “REASON” to have to “vote” to have “the books” sealed, the building “consent” hidden, or anything else!” I wholeheartedly agree.