As is the custom of sold-out NZ media, there’s been little if any mention of this intended drop of deadly 1080 tomorrow anywhere. The lure baits have already been dropped today (13th Feb 17) to get our wildlife eating and trusting, while tomorrow they will be munching on genuine deadly 1080, courtesy of Mt Hutt Helicopters. For more information on NZ’s shameful consumption of 1080 (largest consumer in the world) that is banned in most other countries visit our 1080 pages. Particularly, watch the Poisoning Paradise doco by NZ’s local Graf brothers, links are there on the page. (For other articles and links on 1080 and how effective it appears to have been in destroying our birdlife, our wild deer, unsuspecting pets and even farm animals, go here). It has even been dropped directly into our waterways.

NOTE: see further down for an update, the drop is to start on the 15th.

Remember too to name and shame the contractors who drop this poison. It has to stop.

Here is the information from the one newspaper that has published the info, greystar.co.nz :

Massive 1080 drop about to start

The largest 1080 poisoning operation in New Zealand conservation history is about to get under way in northern Buller and Tasman.
The Department of Conservation is planning to carry out aerial 1080 pest control over about 270,000 ha of the Kahurangi National Park this spring as part of its Battle for Our Birds predator control programme to protect native species from a plague of rats and stoats.
It was met with protests outside DOC’s Takaka office this week.
The cost of the aerial drop was about $4.3 million, DOC spokeswoman Fiona Oliphant said.
It is the largest area in DOC’s Battle for Our Birds predator control programme, and has been broken up into six operational blocks of between about 20,000 and 60,000ha.
The Kahurangi operation is one of 25 confirmed Battle for Our Birds operations using aerially-applied 1080 poison over about 680,000ha of conservation land to knock down rising predator numbers fuelled by the unusually heavy seeding in South Island beech forests.
Six operations have been completed. The largest operational block completed to date is 30,000ha at Waitutu forest, in Southland.
DOC Motueka conservation services manager Mark Townsend said it was estimated that without pest control, rat tracking levels would reach 100% in November in parts of Kahurangi National Park.
Rat tracking levels increased from 54% in May to 90% in August in the Fyfe River area, from 31% to 51% in the Cobb Valley, from 43% to 78% in the Waingaro River area, and from 34% to 63% in the Oparara Basin, at Karamea.

“We are particularly concerned to safeguard threatened populations of whio, great spotted kiwi, kea, kaka, rock wren, long-tailed bats and powelliphanta snails.”
The drop includes the Wangapeka-Upper Karamea. Aerial drops are planned over 45,000ha in the Fyfe, Owen, Wangapeka, Crow and upper Karamea catchments in south-eastern Kahurangi National Park. An aerial operation was last carried out in the Wangapeka catchment in 2011.
DOC said yesterday this was its largest poison operation and it was checking to see if it was larger than previous Animal Health Board poisonings. 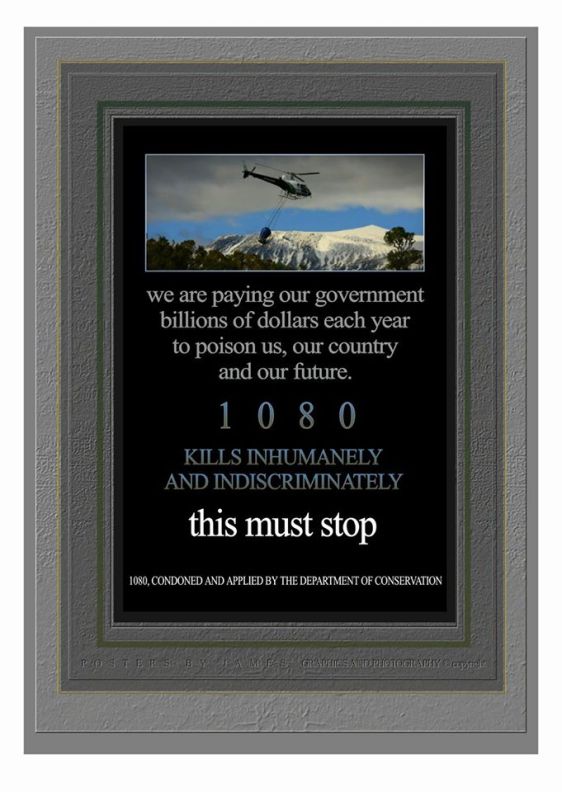 See below for maps of DOC’s intended poison drop. 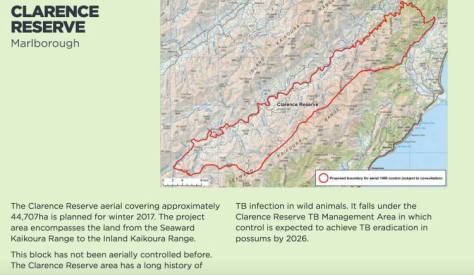 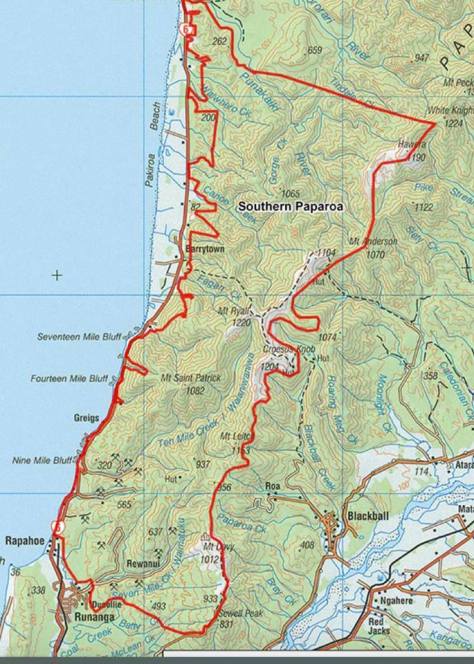 NOTE:  In response to denials from the public that this is happening the pre feed drops started on 14th Feb according to contacts in the area:

On behalf of OSPRI New Zealand and the Department of Conservation, Vector Control Services wish to advise that helicopters will begin the aerial application of non toxic cereal prefeed pellets to the Parapara treatment area as part of DOC’s 2016 “Battle for our Birds” beech mast response.
The operation will commence from first light on 15 February 2017
If you have any queries please contact VCS on 03 768 9674.
Vector Control Services

Help spread the word on all the untruths we have been told – we are about exposing corruption and lies!  Use the share buttons!  Thank you!