“These business associates of the Mayor actually came to our table at Council the other night and addressed us and advised us to vote for the policies that would benefit them!”   Cr Ross Campbell

Last July it was brought to our attention by the currently-being-rolled Deputy Mayor (then) Councilor Ross Campbell, that a certain group within the HDC called the Economic Development Committee, was actually functioning in an advisory capacity to the district’s ELECTED representatives, the HDC Councilors. That economic group is comprised of:

These people are privy to information that the public isn’t. Now this is not right, to have information that puts you at an advantage over your competitors. This Councilor is about to be ousted from his position as Deputy because the Council doesn’t want him in that position. They have not given a reason why. Is this why?

Bear in mind also, this is the same Councilor who has constantly cautioned the Council about its fiscal mismanagement … Council is currently $100 million in debt. The (previous) Council has argued it’s $68 million however, why is that figure even acceptable? Why would even ONE million be acceptable? How is it a CE on a $250K salary, can allow a small town Council to sink into such obscene debt?

Listen carefully to what Cr Ross Campbell says. Read the transcript if you are unable to watch it. He has brought important information to the attention of you the voters.

If you cannot play this video, here is the transcript for you to read:

“My name is Ross Campbell and as most of you know I’m the District Councilor for the Miranui Ward which takes in Tokomaru & Shannon, Opiki, Akarua, Buckley & Mangaore and this lovely part of the district of Miranui.
I’ve got a few things that concern me when I’m in Council. One of them is these … we get a lot of information at Council … we get information from the NZTA you know, that’s the roading people; we get Government departments telling us all sorts of statistics and things, what they are likely to do and what they want to do. We get a lot of information from statistics of course, we get market trends, we get inquiries from overseas investments … we get information from Regional Councils, Health Boards and so it goes on … there’s a lot of information coming in. This information is meant to be used in briefings to councillors, to help them in their decisions, planning the district, and which way we want to go, if we want to go forward or we want to go sideways or whatever the case might be, and so we use this information to help us make decisions.

But this concern is something that I want to bring to you … it’s not always the case. Our mayor … some of you might not know this ,.. our mayor has formed a group of his closest business associates. They’re the people who he mixes with. And together with these
associates there are developers, there are retailers, there are manufacturers, contractors, who have been selected by him. They’ve formed themselves into what we call an Economic Development Committee. That’s what the Council calls it. You see all the information that we receive is passed on to this committee who are not elected people … they’ve not been elected to be there by you, who may be arguably your closest competitor in your business, and these people all get an unfair advantage over their closest rivals, and that rival could be you. Because of all this information coming in, they know where the trends are, they know the direction the council’s thinking. They are privy to information that gives them an advantage over others, especially at this time when we councillors are told often to be quiet about the different possibilities that may happen.

These business associates of the Mayor actually came to our table at Council the other night and addressed us and advised us to vote for the policies that would benefit them! 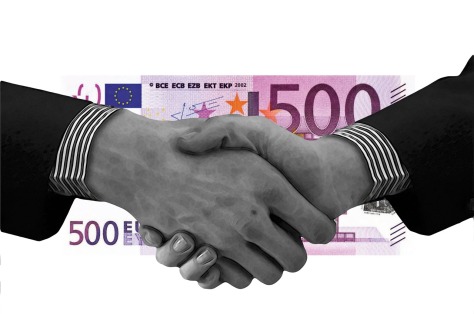 This handful of business associates that our Mayor has selected are receiving an advantage over their competitors, and it’s just not right. These folks have not been elected by you. They’ve never sworn allegiance to the district, and are being rewarded for their faithfulness to the Mayor. Go figure. What do you think? Just last week a decision was made to announce to the retailers in Levin as to where the road of national significance was going. But we wouldn’t announce it until February 2017.

As it was told to us by the Mayor we shouldn’t announce it before the election as the Mayor, because of this, could get skinned alive.

So just whose interests are we looking after? Folks, we must get out there and vote, and elect those you trust … not those who are there to furnish the Mayor’s ego and their own business pockets. That is one of my concerns and over the next few weeks, I’m going to share some of the other concerns I have. They are concerns that I believe you need to know about … that we haven’t got a Council that’s working directly for you … we’ve got a Council that is working for the few.”

NOTE: If you would like to know the names of the seven business people from your community and their activities as part of the Committee, this has been summarized for you in video part one of the HDC meeting streamed on 7 December 2016  (on the HDC Facebook page).

That’s true Kiwi ‘democracy’ for you! Still, the Horowhenua voters who wanted change are not going to take all this lying down.

There will be a protest against both the selling of the community housing, and the
rolling of the new Deputy Mayor Cr Ross Campbell … outside the HDC building at 126 Oxford Street in Levin on Wednesday 7th December 2016! A peaceful protest … but one that will send a clear message that those who voted for our current Mayor are not happy with what is happening. Please come and bring a placard if you can.

You will find updates or changes at the Facebook page, at the Nua on our own FB pages (links at right of page) and our petition page here (see menu).