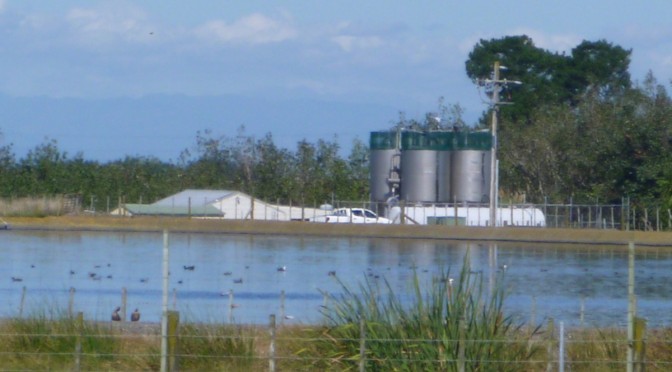 This is from the Wanganui Chronicle and updates us on where RDC is up to with their plans to solve the significantly long standing status of non-compliance with regard to the leachate pollution of the Tutaenui Stream. (To read the full history of this and the non compliance reports see former Martonian Hamish Allan’s submission to the consent hearings earlier this year. There should be an in stream biota survey every three years and it appears there have only been two). More on this later.

Recently a local resident who lives on the truck route informed me he sees 12 round trips per day of the leachate tanker. This is a significantly larger volume than the number that has been cited to the public.

An upgrade is good news will not be before its time.

Here is the Chronicle article:

“A multi-million-dollar, three-year upgrade of the Marton wastewater treatment plant has been proposed.

Rangitikei district councillors will this morning discuss changes aimed at making the plant compliant with its resource consent.

The MWTP has been non-compliant for at least a decade, partly due to its acceptance of leachate (run-off) from the nearby Bonny Glen landfill. The latest compliance report found the plant’s discharge into the Tutaenui Stream “significantly non-compliant”. At times, ammoniacal nitrogen levels have been 35 times the recommended limit and deemed to adversely affect aquatic life…”