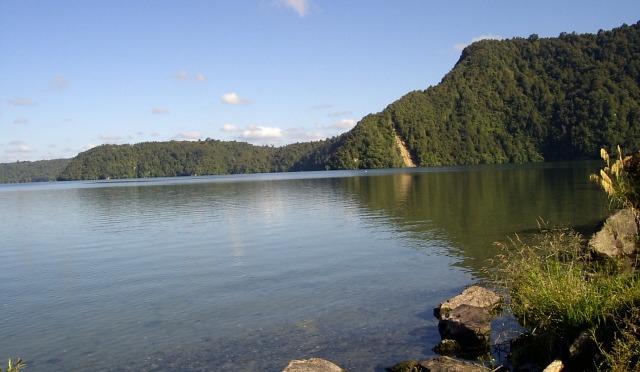 Most people who subscribe to truth sites similar to this one will be aware that water is becoming the new ‘gold’. This was ‘prophesied’ in a sense by Maude Barlow and Tony Clarke in their book called ‘Blue Gold the Battle Against Corporate Theft of the World’s Water’ (2001), a very interesting and informative read. (The documentary of the same name is on YouTube.)

Here in NZ recent news items have questioned ‘who owns our water?’  ‘Nobody’, says the current PM John Key …  and yet a Hawkes Bay bottling plant (Chinese owned) has been sold pretty cheap rights to bottle and export 900 million liters per year. While locals who wish to water their orchards are required to pay for it.  Read the explanations for this and to the average citizen they sound like gobbledy gook … citing the Resource Management Act (RMA) and spun in legal rhetoric most of us can’t understand. This is the way of big business.

NZ’s Maori King, King Tuheitia says Maori “have always owned the water.”  In August 2012, the Waitangi Tribunal found that Māori still have residual proprietary rights in water and the Crown would breach the principles of the Treaty of Waitangi if it went ahead with the sale of State owned power company share sales. Maori customary title, according to the 2003 “Ngati Apa” decision of the Court of Appeal, must be lawfully extinguished before it can be regarded as ceasing to exist. Customary rights, although not ownership in a Lockean sense, says the NZ Herald, still represent more than the relegation of Maori to being non-owners of non-ownable water. Indeed, when acquiring the land for the Crown, the Queen solemnly agreed for Maori to retain “full exclusive and undisturbed possession of their Lands and Estates Forests Fisheries and other properties which they may collectively or individually possess…”

Still it appears perfectly legal in the case of Hawke’s Bay, for the local council there to sell an offshore corporation the rights to extract large quantities, even though, as John Key argues, nobody owns it.

For the purposes of introduction here, water and one’s right to it is becoming somewhat complicated.  There are places on the planet where the powers that be have integrated into law the prohibition of collecting it for personal consumption. As insane as this may sound it is factually true. As always, follow the money trail.

Corporations are seeking to privatise our water commons for a profit (and yes it was always considered one’s right to water is sacrosanct). Exemplifying their typical avarice for more and more profits, they seek to gobble up all the water resources and rights to them it seems, and sell them back to us at exorbitant prices.

The company Nestlé is guilty of this. Whilst its chairman Peter Brabeck-Letmathe  proclaims water is a human right, the company is busily selling off drought-stricken California’s water. Nestle owns 70% of the world’s bottled water brands.

This is the way of corporations. They are seldom for the people and always for their shareholders. Separate entities with legal personhood they manage to do just about anything their shareholders wish for them to do whilst escaping accountability for any damage they incur.

A few years back in Cochabamba Bolivia, a large corporation had privatised the water and was charging around half the income of the poor to buy it off them. So oppressive did this become it ended up with riots and even loss of life to oust the corporation and return to the previous status quo.  If there is anything you should learn on this site it is that corporations are not generally kindly companies that wish to help people. (Please watch ‘The Corporation’ movie).  Any intimation from them that they wish you well is generally just rhetoric to appease you or persuade you you to buy.  This attack on the rights of people to drink the essence of life, (and it is well established that water is essential to life itself) is a huge attack on our ultimate freedoms. Fifty years ago this line of thinking would be unheard of … unthinkable. As I’ve pointed out often here, fifty years ago most households had their own water tanks to collect rainwater. That was standard practice. And yet, today it is being put to us as being right and proper that we should not be collecting it at all. We have been seriously duped by little increments that corporations can, but not we the people. Lest I be misunderstood here, I am not against water conservation. I simply believe, like most ordinary folks, that water should not be virtually given to corporations to profiteer with, at the expense of locals who need it for day to day survival.

Welcome then to the water wars. And I’ve not even touched on water pollution and our health. In the meantime, be sure to stand up for water rights wherever they are being quietly, or not so quietly, whittled away. Next we will be charged for the air we breathe. Such is life in the twenty first century. If the water wars are new to you begin by watching the documentary Blue Gold.